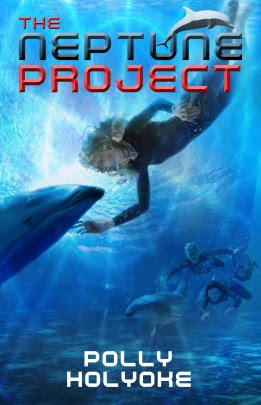 
With her weak eyes and useless lungs that often leave her gasping for air, Nere feels more at home swimming with the dolphins her mother studies than she does hanging out with her classmates. Nere has never understood why she is so much more comfortable and confident in the water than on land until the day she learns the shocking truth—she is one of a group of kids who have been genetically altered to survive in the ocean.

These products of the “Neptune Project” are supposed to build a better future under the waves, safe from the terrible famines and wars and that rock the surface world.But there are some big challenges ahead of her: no one ever asked Nere if she wanted to be part of a science experiment; the other Neptune kids aren’t exactly the friendliest bunch, and in order to reach the safe haven of the new Neptune colony, Nere and her fellow mutates must swim across hundreds of miles of dangerous ocean, relying on their wits, their loyal dolphins and one another to evade terrifying undersea creatures and a government that will stop at nothing to capture the Neptune kids … dead or alive.

Fierce battle and daring escapes abound as Nere and her friend race to safety in this action-packed marine adventure. 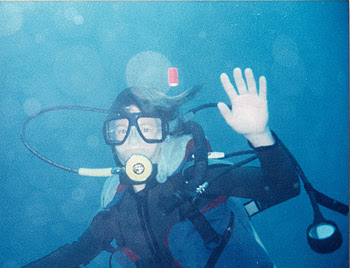 About the Author:
Polly Holyoke has been imagining stories since she was in fifth grade. When she isn’t writing, Polly loves reading, camping, skiing, scuba diving and hiking in the desert (where she quite stupidly got herself bitten by a rattlesnake). She lives with three rescue dogs, two spoiled cats and a nice husband who is tolerant about the piles of books all over their house. Her debut middle grade novel, THE NEPTUNE PROJECT, is the story of a young girl leading a group of genetically altered teens fighting to survive in the sea. She is thrilled that this novel will be published by Disney/Hyperion and Puffin Books UK summer, 2013. She thinks the best part about being an author is going to work in her sweatpants and getting paid for daydreaming!
Website  |  Twitter

Giveaway:
a Rafflecopter giveaway
Posted by Unknown at 5:48 AM