I thought about something special to spice up the blog a little. I am going to add a theme song - a song that fits the book atmosphere - to each book I'm reviewing.
Posted by Unknown at 2:47 PM No comments:

Hello to all of my readers (:

This is the blog's second day. I think it's a great time to sign up for some reading challenges...
So here we go:

1. Outside the Box Book Challenge! 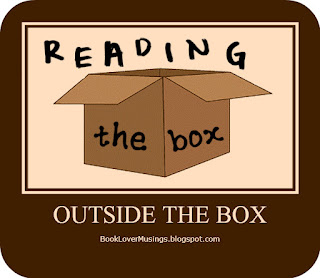 Okay – for something a little different and a little fun! I hope that you will join me on this excursion through the literary genres! Choose your level, post with us at the end of the month about your experiences, and we will have a winner at the end of the year for a $50 GC from that great book place in the Ethernet!  Each posting will get your name in the hat for a chance to win! So, post monthly and your chances increase!  I hope you enjoy the categories I have created… it was fun doing it!
Duration: Jan 1st - Dec 31st 2012
For more info and guidelines go to this post

Pushing the Limits by Kate McGarry

Hi everybody :D
This is my second review today. Yap, two in one day XD
I just felt like there's not enough content to read in my blog :P 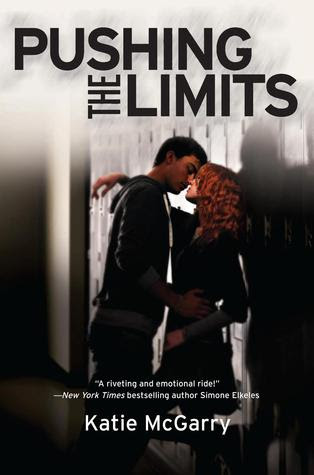 My selected theme song:
(Please listen while reading the review... ^_^)

Summary:
This book tells the story of two high school seniors: Echo and Noah.
Both their lives aren't easy. Echo's schizophrenic mother has tried to kill her a few years ago. Echo can't remember anything from that night. Echo's arms are badly scarred and that is why everybody in her school thinks she is a psychic self-cutter, so from the most popular girl at school she turns into a weirdo.
Noah's parents have died in a fire accident at their house, that Noah is blaming himself for. His two younger brothers were taken to foster care. Because of his bad experiences with his foster families, Noah is determined to find a way to get custody of his brothers.
Noah and Echo meet and fall in love, but they have to face plenty of difficulties to make their relationship work out.
My Review:
Wow. What a love story!
This book was like nothing I've ever read before. It has so many qualities, so many emotions. Simply a must read.
I'll start with the characters. I really LOVED both the main characters.
Echo was a character I could definitely identify with. She was a teenager whose life was spinning around her. She was very insecure and thought that she was losing her mind. But she wasn't. She was actually dealing with these extremely hard situations very well. She was a very strong and inspiring girl. I think that she is a great role model because she proves that nobody is perfect and that when your life is getting tough, things will eventually get better.
Noah was the best male character I've ever read about! I wish he was my boyfriend, or even my older brother. He seems and acts like a bad guy, but underneath his though surface, lies a very soft heart and a very deep soul. He is ready to do anything for the ones he love, and isn't judging people by the outside - he never turned his back on Echo, even when she was having a really hard time.
The plot was also great. It was different and special, mostly because it dealt with very deep subjects - mental disorders and the death of family members.
I loved to read about the character's way of dealing with problems from both points of view. It was really interesting to read about two completely different people, each one with his own thoughts and feelings, having such a great chemistry between each other.
I liked the way I could experience and sense the character's deeds and feelings, thanks to the great writing that actually sucked me into the book.
Bottom line: It was a very special read that I will remember for a long time.
Recommend To: Anyone and everyone.
SAPIR
Posted by Unknown at 10:46 AM No comments:

Hi Everyone (:
This is my very first review... So I hope I'm doing fine XD

Summary:
Beatrice "Tris" lives in a futuristic dystopian world, in which the people are divided into 5 factions, that each one of them is based on a different belief: Erudite believes in education, Abnegation believes in selflessness, Dountless believes in courage, Candor believes in honesty, Amity believes in peace.
When Tris reaches the age of 16, she has to choose which faction she wants to belong to. Will she choose Abnegation, like her whole family, or will she follow her own beliefs?
Review:
Recently, a lot of dystopian books have been published. I got to read a few of them, and I basically like this post-apocalyptic genre. I think that the most important thing about dystopian books is the world they happen in. The world determines if the book is good or not.
I am very glad to say that I found the world in this book very interesting! The author built a whole society. It was really interesting and realistic to see how the factors, which were supposed to fix the society, became enemies.
The plot was very fast paced, which I like very much. I really don't like slow books, and this one was so fast it was almost like a roller-coaster! There wasn't a single boring moment in it - every page brought a new incident, a new discovery. That was a great thing!!
Tris was a great main character. She was also a great role model - a strong young woman. She has lots of courage and she is very clever. I especially liked the way she always does what is right for her - she follows her dreams and beliefs.
The only draw back is its resemblance to The Hunger Games. I think these books are very much alike. A five stars book is supposed to be original, something I have never read before.
Bottom Line: A very good dystopian book with an interesting world and a fast paced plot.
Recommended To: People who like dystopian books. Fans of The Hunger Games.